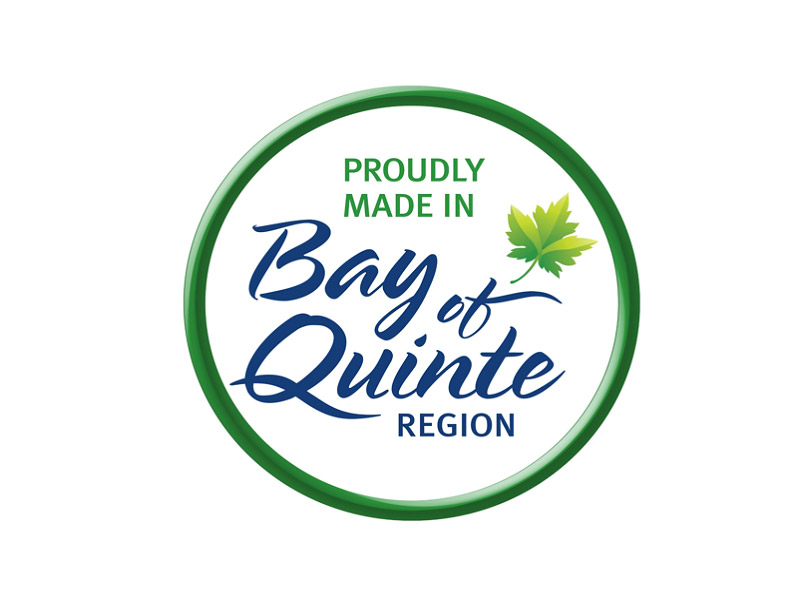 The Quinte Economic Development Commission (QEDC) is hoping with a new campaign, more people can buy local and support their neighbours, family and friends.

Just last week, the QEDC launched the Proudly Made in Bay of Quinte campaign, with the hopes of promoting products made in the region. “There is a large concentration on manufacturing in this region, with more than 11,000 employees,” said Chris King, CEO of QEDC.

“It’s an important part of the local economy. Manufacturers in this region bring tremendous value to our economy and produce a range of quality products, including some that are available to local consumers.”

The CEO says, mostly, the QEDC is looking to raise some awareness pertaining to the products that are actually manufactured and made here.

Previously, in the commission’s last Manufacturing Labour Market Study, local industry indicated there was a need to promote and raise awareness as to the products and capabilities of Bay of Quinte region manufacturers. King reports, more than 60  in the manufacturing sector had input.

“This has certainly been a strategy of ours for a while,” he added.

Products manufactured locally, are identified in both stores through unique shelf hanger signage that read, ‘Proudly Made in Bay of Quinte Region’.

King anticipates it’ll be a couple months or more before the launch expands - but the plan is to have more stores and events promoting locally made products.

“We hope that when consumers are looking at making their choices and they see these signs, they’ll certainly consider the impact on the local economy and supporting their friends, family and neighbours,” King said.

Ultimately, it’s hoped down the line, sales will increase for local companies.

For more information on the new campaign or manufacturing in the Bay of Quinte region, contact the QEDC, at 613-961-7990.

The QEDC is a regional economic development office, which represents partner municipalities, including the City of Belleville and Quinte West, as well as the Municipality of Brighton.

STORE
LOCATOR
NEWS
CANNERY
Our Story
Co-Manufacturing
Wholesale
Careers
FAQs
SIGN UP FOR RECIPES, COUPONS AND OTHER NEWS
Thank you! Your submission has been received!
Oops! Something went wrong while submitting the form.
Follow Us